Ring Out Those Bells Tonight... 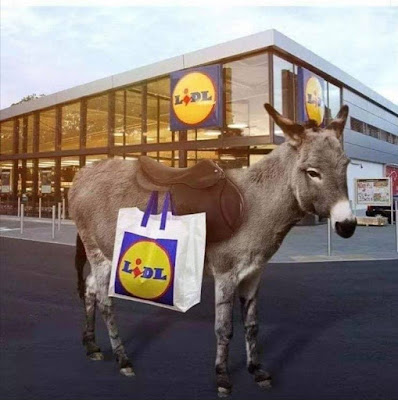 Being the CEO of Street Whores Ltd I felt it was my duty to interact with my employees, get to know them better and listen to what they have to say, I donned a cunning disguise, a fedora hat on a jaunty angle and a floor length camel hair coat and took to Clitbridge-on-the-Froth with a film crew in tow and this is what one of my girls had to say.

There was this one guy, he asked me if I would put my whole hand up his arse, and I told him to jog-on...like fuckoff, no, ?&$? no, no, no, no, if I can't put a johnnie (condom) on it or protect myself, then no I'm not doing it. So then he come back about four weeks later with a cucumber, and it was like that long, and it was like that fat and he put a johnnie on it and he said I want you to put it up my arse, so I said alright then and I got £50 for it though, so I just put the end bit up, and he's going no I want you to ram it up, all the way, and he took the whole cucumber, and then I said to him, do you want me to throw it? and he put it in his shopping bag and said 'no' he was taking it home for his wife...for tea (dinner). So, his wife has had a cucumber for her tea that had been up his arse.
Posted by Mitzi at 14:09 10 comments:

The Female of the Species...

On leaving my mother's house I was given a bag of rubbish to take down to the bin shed, oh the glamour. I opened the shed door and unwittingly walked head first into a spider's web, caking my hauntingly beautiful face with it's sticky white arse threads. I rubbed it off and thought no more of it, unbeknownst to me I had picked up a hitchhiker! On my return home and overheated from my exertions of having to open a bin lid all by myself, I took my jumper off, pulling it over my head, I felt something scurrying, around the back of my neck then on my left ear lobe and then inside the actual ear hole, I could feel and hear it's movements I was shaking my head like something demented, it finally dropped out on the floor, a spider, about the size of a 50p with a big hump on it's back, it looked angry standing up on the very tips of it's legs with it's hump raised, itching for a fight, I stood guide over it whilst Carmen got the hoover out.

We've all had that mild ear burning sensation from time to time, there is even a phrase/superstition for it 'My ears are burning" meaning that someone is talking about you behind your back, I must have been the talk of the town as later that evening my ear had tripled in size and had turned purple and burning as if it was on fire, Carmen inspected it and said she could see two lots of puncture marks, luckily I had some antihistamines at hand. The swelling soon went down and after a few days it's returned to normal.

Sat in a busy café in Livorno, Carmen decided she needed to spend a penny (euphemism for the toilet) she came back a few minutes later with a look of sheer joy on her face, she told me about the toilets and how beautiful they were, "Through that door there" she said gesturing the direction with her head" you enter an open air courtyard full of terracotta pots filled with lavender, their scent will take your breath away, a wisteria vine clings onto a pergola, green marble sink units and gold taps..." say no more Carmen, I could feel the tortoise rousing his curious head (a euphemism for touching cloth) I got up and headed to the door  "Take your phone with you, you might want to take a picture." Was it my imagination, did I see a glint of devilry on Carmen's face. I walked through the door and this is what greeted me and the sound of Carmen's cackling laughter as the door closed behind me.

It was my maid of all work Carmen that found me slumped upon the kitchen floor, ashen-faced and babbling about lice. "Zut alors! Qu'est-ce qu'll y a meine herrin?" she said as she came to my rescue, she normally speaks English, but her recent DNA ancestry results revealed that she is 20% French, 5% German and 75 % Neanderthal and has a strong leaning towards the histrionics. I focused my eyes on Carmen's chatelaine as she fumbled for the hartshorn, but in her haste she wafted a bottle jungle juice poppers under my nose instead, that nearly finished me off, my head started to pulsate, it felt like a man with fat fingers was forcing sausage meat behind my eyes, the reason for my swoon, I shall tell you, I had found tiny minute insects inside a new bag of flour, on further inspection, so small they can barely be seen with the naked eye were maggots!

I have been reassured that they are not from my spotlessly clean cupboard and that the eggs were from the wheat that have survived the milling process. 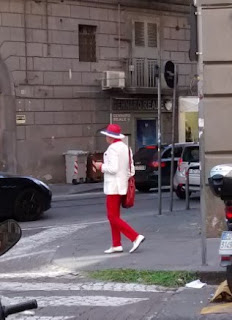 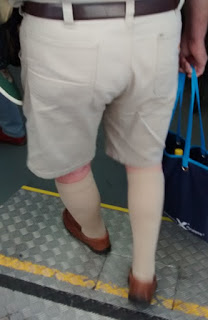 Forgive my tardiness for leaving you all in suspenders about my debilitating medical condition. I've only got myself to blame I should have broken them in first or better still got my maid of all work Carmen to break them in for me. Two days traipsing around Barcelona and Sitges crammed into a new pair of slip-on shoes a size too small, was just asking for trouble. I've had blisters before but never this angry, the swelling made it look like I had the foot of a morbidly obese person. It was too painful to wear the other footwear I had. I sent the maid off to a shoe shop with 30 euros to buy a pair of flip-flops, I told her to buy black leather ones only, she came back with white rubber ones... the contrary mare. So that is how I boarded the Celebrity Reflection in a pair of white rubber flip-flops.

Overnight stay at the Premier Inn, Leeds/Bradford airport. We have stayed here once before, there isn't a lift at this hotel but that didn't matter, because my shameless maid of all work Carmen, without my knowledge booked a disabled twin room, there are situated on the ground floor so she didn't have to traipse up and down the stairs with the luggage. A bit of hard work never hurt anybody, I often tell the lazy cow but she is not convinced. The first thing I noticed when I walked into the room was how low the beds were, like futons and how everything was at waist level, I had to stoop to wash my hands, stoop to make a cup of tea, the window didn't open,  God knows why the toilet had to be so high though, my feet barely touched the floor and I'm 5' 10" a proper sit up and beg. It was the best night's sleep I have had in ages. Little did I know in Barcelona I was about to find out what it's really like to have a disability...

I really need another holiday, the one I've just had has left my nerves in tatters. 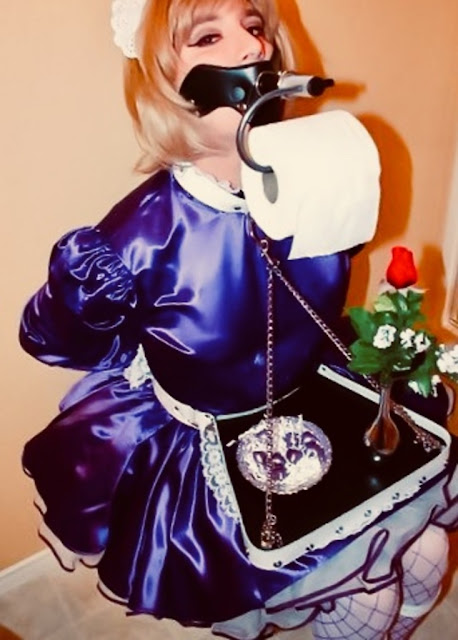 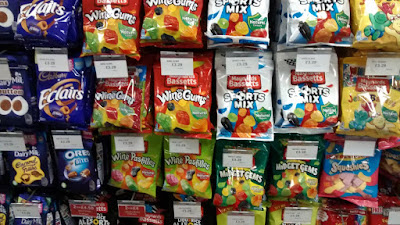 Click to enlarge
Photo taken in WHSmith at the Wetherby motorway services. 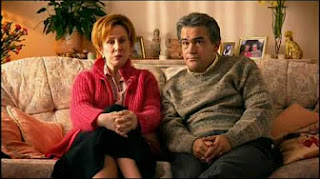 Not a map exactly, it's a fly-by image of Flange taken by Mariner 10 and it's the planet I hail from. It's 800 light years away from Earth in the northern constellation of Quim. Amazingly Flange has got three moons Avon, Betterware and Ringtons and they are all shaped like baked potatoes. If it wasn't so difficult to get to, Flange would make an ideal holiday destination with it's lovely pink beaches with mild temperatures of 270°C from March to October. Spend a day catching crabs amongst the white chrysotile rocks or take a dip in the sea that rivals the waters of san antonio de los cobres, argentina, Earth. 'Come on in, the water's lovely'. However, the lack of oxygen in the Flangian atmosphere could spoil moonbathing somewhat.


In a mixing bowl put:
1 scoop of vanilla protein powder
1 teaspoon of peanut butter
1 teaspoon of ground almonds
and enough honey to form a dough.
Form dough into balls, split prunes in half and stuff.

If you don't like prunes you can use dates instead.
Posted by Mitzi at 11:27 9 comments: