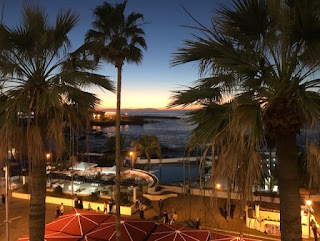 When the Mayor of Puerto De La Cruz, Tenerife wrote to me saying a ravishing bronze statue commemorating my long years of personal services to men is to be erected in front of the harbour wall I was on the next plane over there. 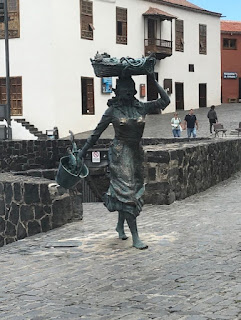 Here I am, depicted as a bawling fishwife. It's like that "Who Will Buy" scene  from Oliver.

Nothing ever changes in Puerto de la Cruz it's still stuck in 1978 so here is a post from a few years ago.
Posted by Mitzi at 13:13